Artist Announcement! For almost two decades, Kevin Sharpe has worked in the field of Graphic art and storytelliing in Comic Books and many other types of media.

In the realm of Cards and Gaming with Upper Deck, Dynamite and TOPPS.

We are so excited to welcome Kevin to our inaugural event on Saturday, August 5th at the Berglund Center with Big Lick Entertainment! 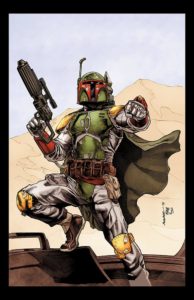 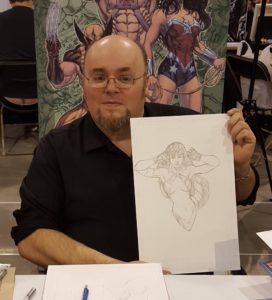 Exhibitor announcement!  Did you watch the new Game of Thrones? We are so excited to have this incredible Iron Throne replica on site at our Big Lick Comic Con on August 5th at the Berglund Center! Get your picture with it for only $5 and all proceeds go to charity thanks to Shimmer and Shade! Mera and Dustin Babineaux are the husband and wife team behind Prop House 42 Productions and Shimmer and Shade Family Cosplay. Established in 2000, Shimmer and Shade are award winning production designers who create costumes, sets, props, and other large builds for independent films, television, and theaters! See you soon!